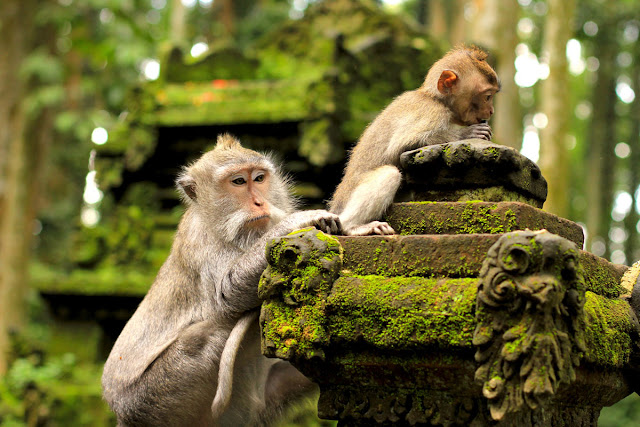 There are four groups of monkeys who occupy different regions in this park. In this place there is also a popular tourist attraction in Ubud, and is often visited by over 10,000 tourists per month. This forest has an area of ​​approximately one-tenth of a square kilometer (approximately 27 acres) and contains at least 115 different tree species.

The Monkey Forest was also contained a shaped temple called Pura Dalem Agung Temple Padangtegal and also as a "source of Innocence" other temples and used for cremation ceremonies. The place is located in the village Padangtegal and governed by a village council members serve on the Monkey Forest directly. Wenara Wana Foundation Padangtegal managing this place serves to maintain the integrity of chastity and to promote the sacred site as a destination for visitors.