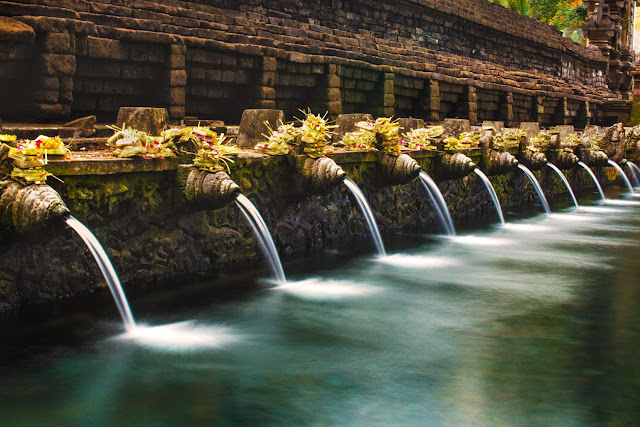 Tirta Empul is a Hindu temple in the middle of the island of Bali, Indonesia, precisely in the District Sukawati, Gianyar, which is famous for it's holy water where Hindu Balinese seek sanctification.
Tirta Empul built in 962 AD during the dynasty Warmadewa (from the 10th century to the 14th), in the presence of large springs.

On the left side of the temple there is a modern villa on a hill, built for the visit of President Sukarno in 1954, which is now used as a sanitarium for important guests.