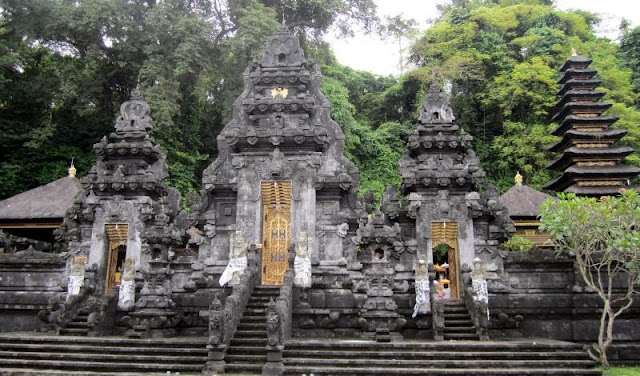 Pura Goa Lawah Klungkung is known as one of the six important temples in Bali. The other five are Pura Lempuyang, Pura Uluwatu, Pura Andakasa, Pura Batukaru, and Pura Seleyukti. The name of this temple comes from the words Goa and Lawah, which in Bahasa Lawah means Bat. So the temple is located in the Village Pesinggahan, Dawan District, Klungkung regency is a temple in which there are caves inhabited by thousands of bats.

The hollows of Goa Lawah Temple became a secure dwelling for thousands of bats sleeping quietly hanging on the cave walls, without being disturbed at all with the presence of humans. When approaching Goa Lawah Temple, visitors can already smell the typical smell of bat droppings that fall around the temple location.

Goa Lawah Temple is used to worship the god Maheswara, who is believed to live in one part of the island. Various ritual ceremonies are held in this temple every day, although most relate to the ritual of death, and Pura Goa Lawah is one of the nine special Sad Kahyangan temples.