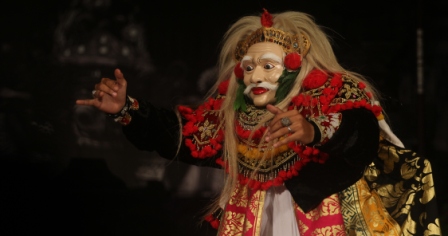 The Balinese dance has an ever-continuing element of history given to its ancestors and has no controversy. Balinese dances also always honor for the cooperation of a community.

Through the 10th Session of the Non-Object Cultural Heritage Committee held in Namibia 2015, there are 9 traditional Balinese dance designated as Non-Object Heritage by UNESCO. The nine dances are classified as Sacred Dance, Semi-Sacred, and Entertainment Dances. Here is a brief description of the 9 dances: 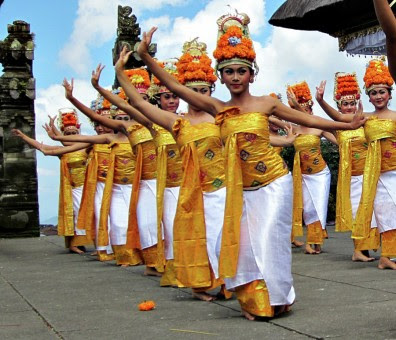 Rejang is a religious ceremonial dance held at Pura Merajan or sangga. Based on the choreography, this dance is not so related to the coral reef like any other dance. Sanghyang Dedari is one type of sacred Sanghyang dance. This dance is not shown in public because it has a mystical purpose. 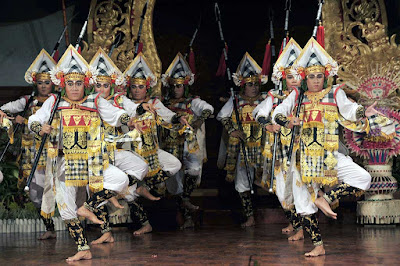 Baris Upacara is a dance that generally have no play or story. Generally Line Dance Ceremony used or danced to God Yadnya. Dance Lines The ceremony as a supporter of Yadnya God's ceremony is a lot of its kind. 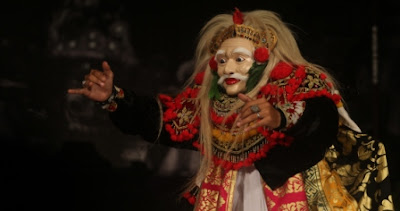 This dance is usually danced at the end, symbolizing that the sacred dance has been completed.

Generally Gambuh serves as Bebali Dance, which is a dance accompaniment ceremony at the temple. Dramatari Gambuh as the oldest classical dance in Balinese dance is a total form of theater that has elements of art, drama, music, dialogue, and song. 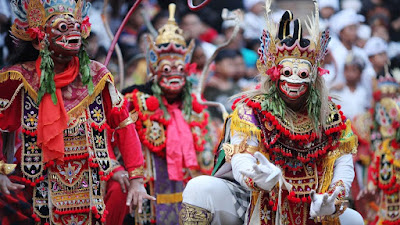 Dramatari Wayang Wong is the performing arts that do the masculine or the people. It is a manifestation of Balinese dance, a fusion of dance, drama and music. 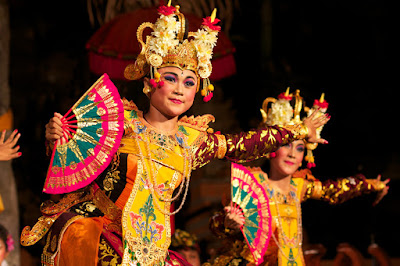 Legong Keraton is a classical dance featuring an ancient story. This dance seems to be danced by three girls where a role as a Condong and the other two play a Legong role. 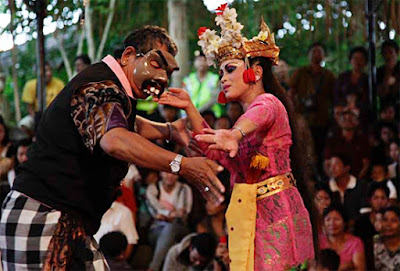 oged is a kind of social dance accompanied by gamelan made of bamboo. Joged Bumbung is generally danced by female dancers with male audiences as a goat. 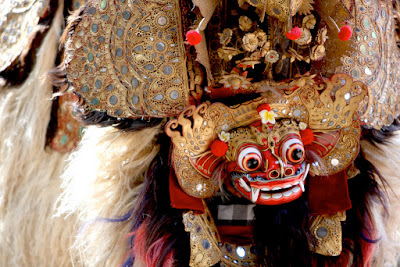 Barong is the embodiment or prabhawa of Sanghyang Tri Murti. Performing Barong in general is a human face with different colors as a particular symbol, while Barong Ket more like animals.